WHEREAS, Mayor Ronnie Williams passed away from this earthly life on September 12, 2020, while dealing bravely and energetically with Parkinson’s disease; and

WHEREAS, Ronnie Williams has heretofore served as Mayor of Garner 2005-2019 for 14 years and served on the Board of Aldermen for 20 years prior to that having distinguished himself as one of the longest serving members of the Garner Town Council; and

WHEREAS, he has also served as President of the Wake Mayors Association, as Chair of the Capital Area Metropolitan Planning Organization and in other capacities representing the region; and

WHEREAS, Mayor Williams has lived a true life of public service including serving in the US Army during the Vietnam War, serving as a volunteer with the Garner Fire Dept. and as Chief of Garner EMS; and

WHEREAS, the Town of Garner, including the current Town Council and Mayor, would like to express their appreciation to Mayor Williams for his life of service. 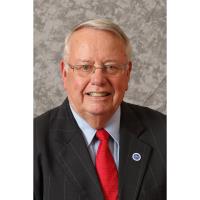