Ms. Clay and Sgt. Sandlin will be recognized at the April 20 Town Council meeting at 7 p.m. in the Council Chambers at Town Hall, located at 900 7th Ave. Media are welcome to attend.

“Ms. Clay is humble and has never expected recognition for her efforts and dedication,” Chief Binns said. “She does these things simply because they are the right and proper things to do for the betterment of the Garner Police Department and the law enforcement profession. We have been fortunate to have Ms. Clay as an employee since 2003.”

“Sgt. Sandlin has demonstrated that service is at the center of what she does,” chief said. “She has never done it for the recognition, as she prefers not to be in the spotlight. She genuinely cares about serving the community. She is a humble person and never looks for recognition even when it is well deserved. Our department has been fortunate to have her as a Garner police officer since 1993.”

Ms. Clay served in a variety of roles during her 11 and a half years as an employee at the North Carolina Training and Standards Commission. She started her career with the Garner Police Department in May 2003 as the police administrative manager.

Ms. Clay was selected by her peers to receive the Rob Apple Officer of the Year Award in 2007.

She became a certified general instructor in 1994 and subsequently became an instructor evaluator, teaching instructor school and mandatory in-service training courses. Ms. Clay served on the School Directory Advisory Board, NC Training Officers’ Association and, most recently, the North Carolina Law Enforcement Accreditation Advisory Board, which was established to assist in bringing state accreditation to North Carolina.

Sgt. Sandlin, who will retire effective May 1, will be the Garner Police Department’s first female African American officer to retire with 30 years of creditable service.

She began her career in 1993 as a patrol officer. While in the Patrol Division, she served as a field training officer helping train new officers. She served as an FTO for many years, training an untold number of officers.

“She was well known as one of the best FTOs that Garner PD has had,” Chief Binns said. “She provided valuable feedback about the recruits she trained and the FTO program. Sophia also served on many different oral review boards for new hires in her career. She has been a staple during those interviews and has played a vital part in the hiring of quality officers.”

Sgt. Sandlin received crisis intervention training and subsequently helped many people over the years who were experiencing mental health crises. She eventually became the department’s CIT supervisor. Sgt. Sandlin was selected as platoon leader in 2010. She was promoted to sergeant in 2013 and worked patrol for several more years.

In 2016, Sgt. Sandlin was assigned as the community services supervisor. While in that role she worked closely with the Garner Citizens and Police Together team, ran the Citizen’s Police Academy and managed several other community programs. She also taught many crime prevention classes and made important recommendations that improved the safety and quality of life for many people in Garner.

For more information about the Garner Police Department, please visit garnerpd.org and follow the department on social media. 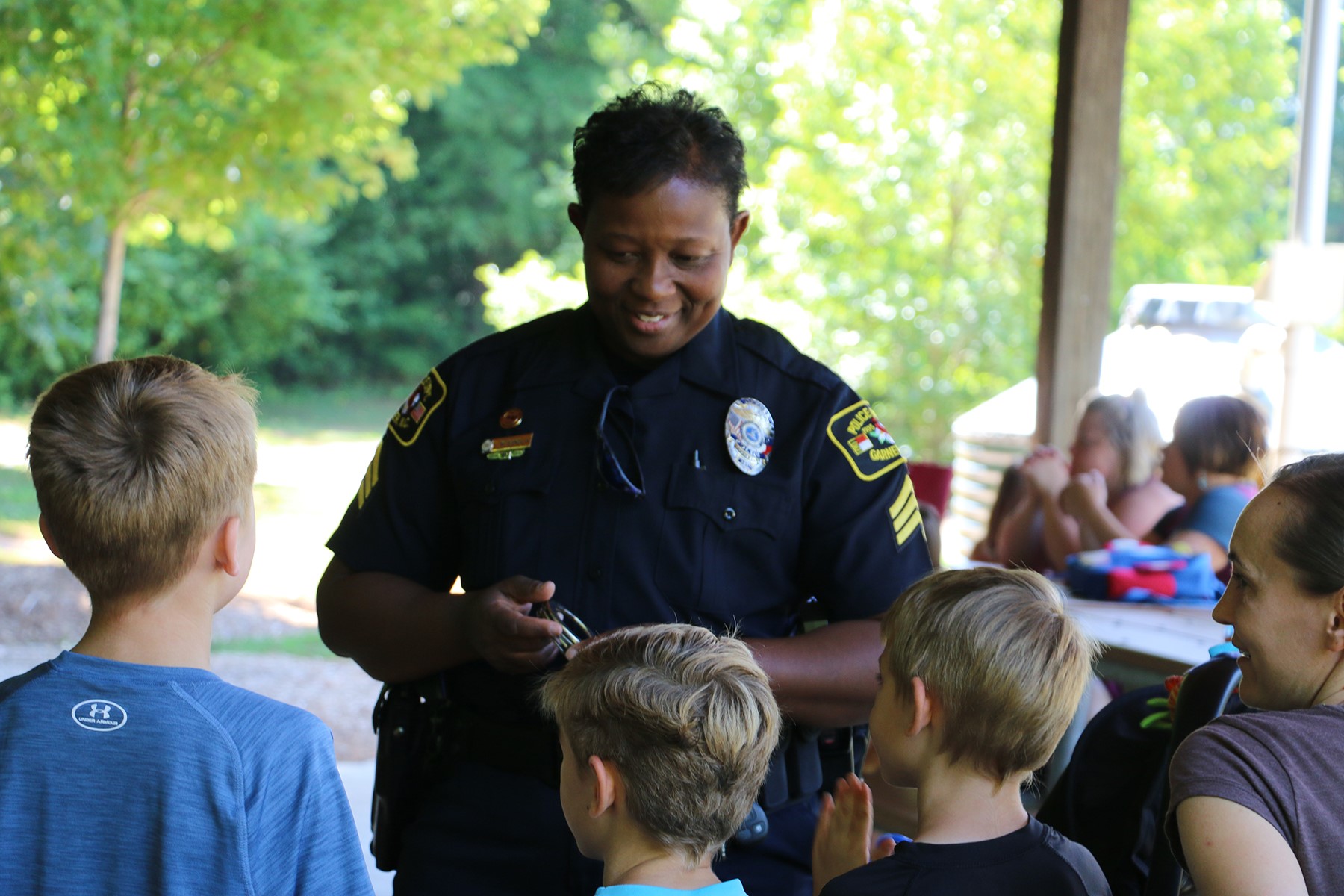 Sgt. Sophia Sandlin's outreach work earned her respect and admiration in the department and in the community.